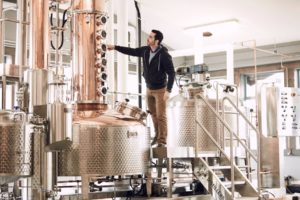 THE PROCESS OF DISTILLATION

Latest Blog: Questions You Should Ask Your Processing Equipment Manufacturer

Distillation can take several forms, and the one that is employed will be determined by the substances that are being dealt with. The following are three of the most popular approaches:

Distillation in Fractions – This is a method of removing distinct compounds from a combination by distilling the same liquid many times at higher temperatures.

Distillation of Steam – Used to extract temperature-sensitive chemicals that may decompose if extracted using procedures with higher boiling points.

Distillation in Vacuum – The boiling point of some substances is exceptionally high. In certain instances, it may be more beneficial to reduce the pressure in the column above the material, allowing lower vapour pressure components in the combination to evaporate.

Doctor blades with certain designs can mix the waste solvent being distilled, resulting in a powder or flake being discharged from the distillation system. The trash would be reduced to a thick syrup or paste if the doctor blades were not used. Distilling to a powder or flake typically results in a non-hazardous substance that may be disposed of. If your distillation waste is a thick syrup, you’ll almost certainly have to dispose of it as a hazardous item. 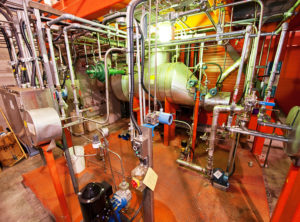 The purpose of multi-effect distillation is to improve the process’s energy efficiency, which can be used in desalination or as one stage in the creation of ultrapure water in some situations. When compared to single-effect distillation, the number of effects is inversely related to the kWh/m3 of water recovered figure and relates to the volume of water recovered per unit of energy. Approximately 636 kWh/m3 is one consequence.

Use of Distillation System in Industry

Cleaning and Maintenance of Distillation Equipment