Distillation is used in industry for a variety of purposes, including oil refining, water purification, and the creation of alcoholic beverages. Distillation is a physical process that uses heat and other methods to extract desirable pure chemicals from an original source. It does not entail chemical processes on its own; it separates but does not change components. Many businesses, both large and small, rely on distillation. We supply distillation equipment services for various processing industries.

Distillation is a key component of any process plant’s profitability. Because nearly every operation includes some sort of distillation equipment or fractionation columns, successful results are dependent on excellent distillation monitoring and troubleshooting. Despite the significance of quality, many companies have neglected or overlooked distillation. In the long term, this behavior might be quite costly. 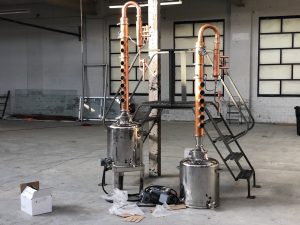 To separate components depending on their boiling points, the distillation method is performed. Chemicals with variable boiling points, such as gasoline, diesel, and jet fuel, boil at various temperatures. Separating mixed input streams into their own unique products is done using distillation columns.

In the design, control, and operation of towers, advanced technology is taking over. Internal tower innovation is delivering greater results than ever before in terms of increasing tower efficiency and capacity. All of these advancements appear to lower the failure rate of distillation towers. However, the rate of tower failure is increasing and will continue to do so.

Hundreds of years of chemical study have resulted in a variety of distillation methods. Each has benefits in terms of efficiency or a specialized mode of action that is customized to certain chemicals. A few distillation procedures are illustrated in the following instances.

Different liquids are separated by boiling point temperatures using basic distillation equipment. This procedure only works if the boiling temperatures of the two substances are clearly different; otherwise, separating them would require a different approach.

Freeze-drying is a process that is similar to vacuum distillation. After dissolving a material in water or another solvent, it is frozen. Without heating or melting the ice, a vacuum converts it to vapour, leaving a solid dry material behind. Microbes and other biological materials are used in food preparation and packaging.

Distillation Equipment on a Larger Scale

Simple distillation does not need a lot of equipment; it may be done on a tabletop or in a home kitchen. It’s just as effective in enormous, vast oil refineries as it is in warehouse-sized micro breweries. Smaller setups can have much of the intricacy of larger ones because of tiny contemporary electronic controllers. The cost and volume of the production are the primary distinctions between large and small companies.

The manufacturing of gasoline, diesel, and other fuels and chemicals is a major industrial use of distillation, with yearly processing costs in billions of dollars. The procedure involves feeding crude oil, which is a mixture of many different compounds, into one end of a refinery. Lighter components like kerosene, gasoline and lubricating oil are removed in each distillation phase, leaving heavier compounds like tar. 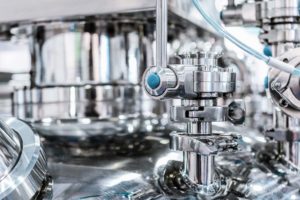 Methanol and other biofuels are produced

Distillation is required for the manufacturing of biofuels, as well as for the manufacturing of gasoline and diesel from crude oil. Heat is used to release methanol from maize and other organic compounds in this scenario. Unlike petroleum refining, which begins with a liquid, biofuels begin with organic solids, which include water, sugars, and other things. Other processes in the process chemically create the appropriate fuel liquids, which distillation removes and purifies.

Manufacturing of pharmaceuticals and distillation

Chemical purity is critical in the manufacture of medicines. Drug companies, on the other hand, demand high-quality goods that can be mass-produced in large amounts. Distillation is one method that allows pharmaceutical businesses to maintain strict purity and uniformity while producing huge quantities of the needed ingredients.

Extracting perfumes from plants and other biological materials may be done using vacuum distillation. Because these compounds are delicate and can degrade at high temperatures, vacuum distillation is an excellent method for extracting them from natural sources. Scented oils can be found in soap, air fresheners, and other personal care items.

Whiskey and other alcoholic beverages

Ethanol, often known as ethyl alcohol, is a key element in vodka, bourbon, and other alcoholic beverages; additional ingredients contribute colour and taste. Water, yeast, and potatoes, grains, or berries are combined in a classic brewing procedure. Distillation occurs later in the process, increasing the alcohol content and modifying the flavour of the drink.

How to Optimize Industrial Evaporators?