Evaporation is a process that is used to concentrate on the solution of a solvent. The solvent is usually water. The solvent is further vaporized to produce a concentration solution. Evaporation is very much different from distillation because evaporation doesn’t involve the separation of vapors into components. An evaporator consists of a heat exchanger, valves, manifolds, controls, pumps, and condenser.

Evaporators are used in various processes including pharmaceuticals, foods and beverages, pulp and paper, chemicals, polymers and resins, inorganic salts, acids, bases, and many other things. In this article, we will discuss the various types of evaporators, its advantages and disadvantages, and its applications.

The Falling Film Evaporator is used for heat exchanger Falling Film Evaporator is a type of evaporator in which the equipment is placed upside down so that the heat exchanger remains at the top of the equipment. Feed enters at the top of the evaporator and then it further distributed to tubes. It consists of a vertical shell and a tube heat exchanger. The solvent is fed at the top of the tube and then flows down to the surface tube as a thin film. As it gets heated further, the vapors get generated. It increases the heat transfer for the process. The advantages of falling film evaporators are that it is a relatively low cost, low product hold up, small space requirement, good heat transfer. The common disadvantages of falling film evaporators are it requires high headroom, not good for salting and scaling materials, recirculation is required.

Forced Circulation Evaporator is a type of evaporator that requires the addition of a pump and additional controls. It is mostly used in cases where the feed contains solids or crystallization is present. And also used to separate mixtures that are not possible by normal evaporating units. In the normal circular evaporator, the velocity of liquid flow is 0.3 to 1m/s but forced circular evaporator increases the velocity of liquid flow to 2 to 6m/s. It contains a circulation pump and because of this, it is used for both heat exchanger and flash separation. It separates the mixture without using normal conventional boiling. It consists of a vertical shell and a heat exchanger tube with a centrifugal pump. The additional advantages of Forced Circulation Evaporators are high heat transfer efficiency, positive circulation, reduce fouling. The basic disadvantages of Forced Circulation Evaporators are they are probably higher cost, higher power consumption, time taking procedure. 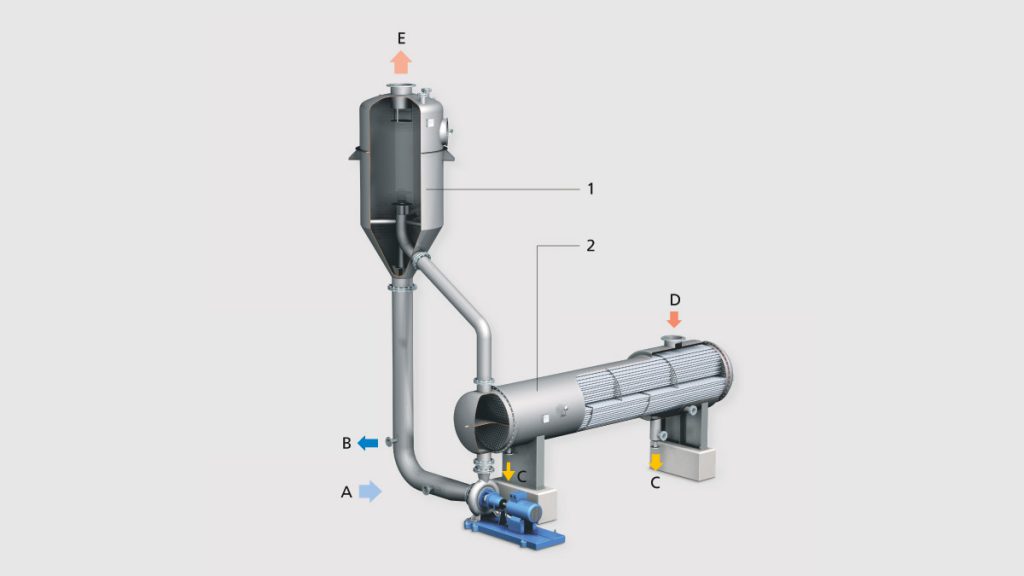 LTV stands for long tube vertical, it is also known as rising film evaporators. LTV Evaporators are one of the most used evaporators. It is basically a shell and a tube heat exchanger attached to a liquid separator. The rising film evaporator is very similar to the falling film evaporator. It’s just the opposite of a falling film. It also consists of a vertical shell and a tube heat exchanger for heat exchanging. The solvent is fed at the bottom of the tube. As the heat increases further, the vapors get generated and lift the liquid upward. As a result, the process gets completed. The advantages of LTV Evaporators are less floor space requirements, high heat transfer efficiency, and the ability to handle foamy liquids. The common disadvantages of LTV Evaporators are they require high headroom, higher pressure required.

Some of the common uses of Long Tube Vertical Evaporators are the concentration of cane sugar syrups, black liquor in paper plants, nitrates and electrolytic tinning liquors. 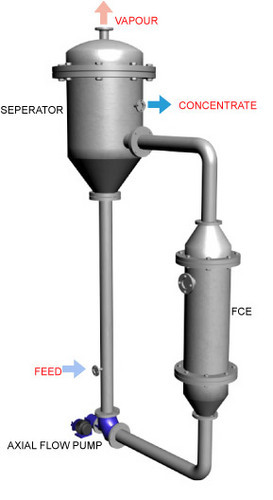 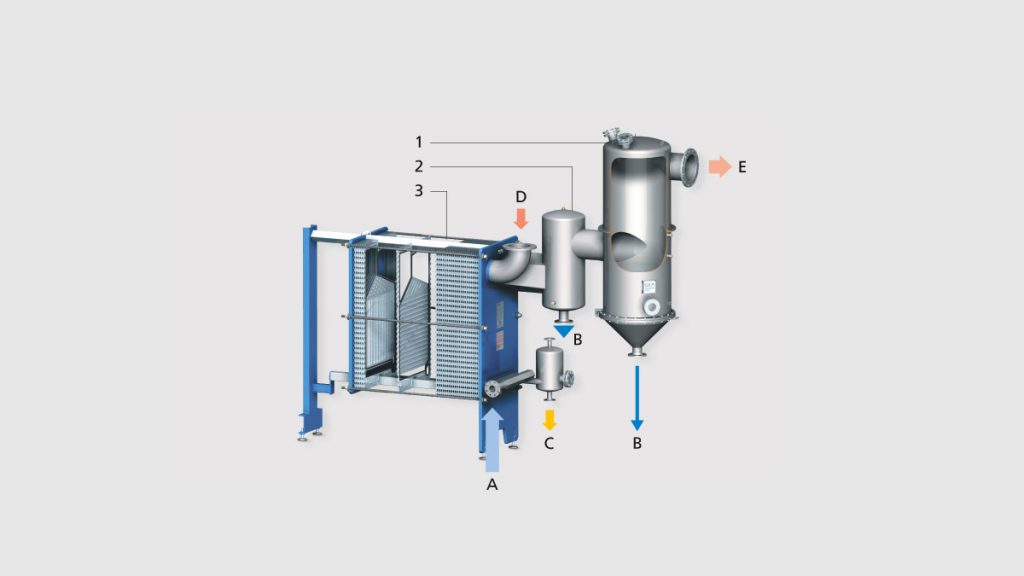 Mechanical Vapor Recompression (MVR) is a type of evaporator in which the water vapor is compressed, which results in the rise of temperature and pressure. The rise in temperature makes the temperature difference between the vapor and the fluid. The further heat transfer results in the heat exchanger. The compressed vapor is again fed back to generate more steam. This is an energy-efficient and energy recovery process. 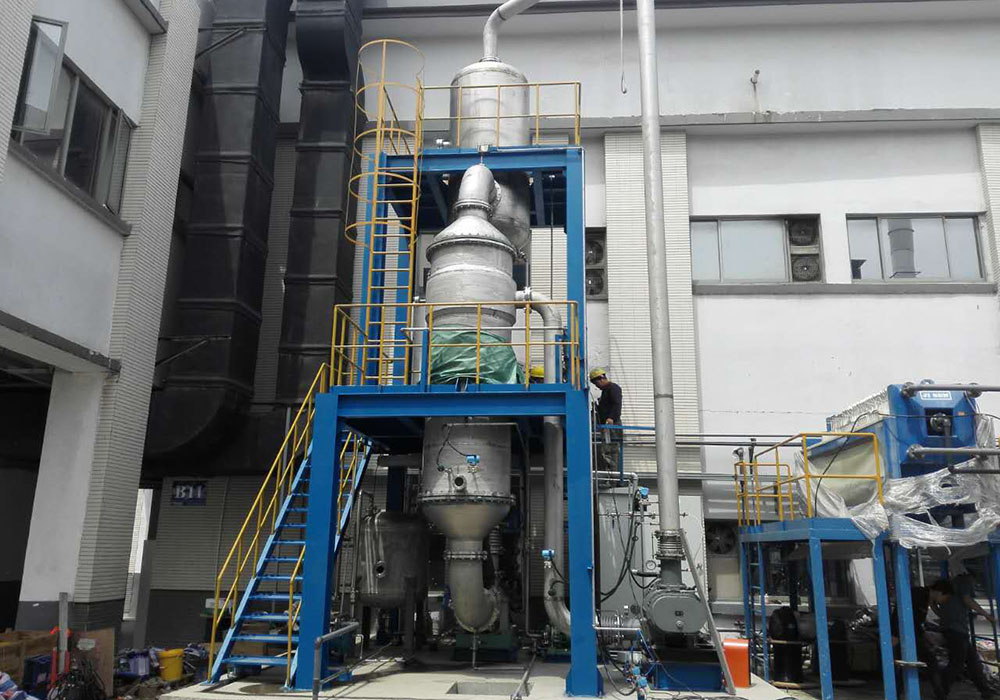