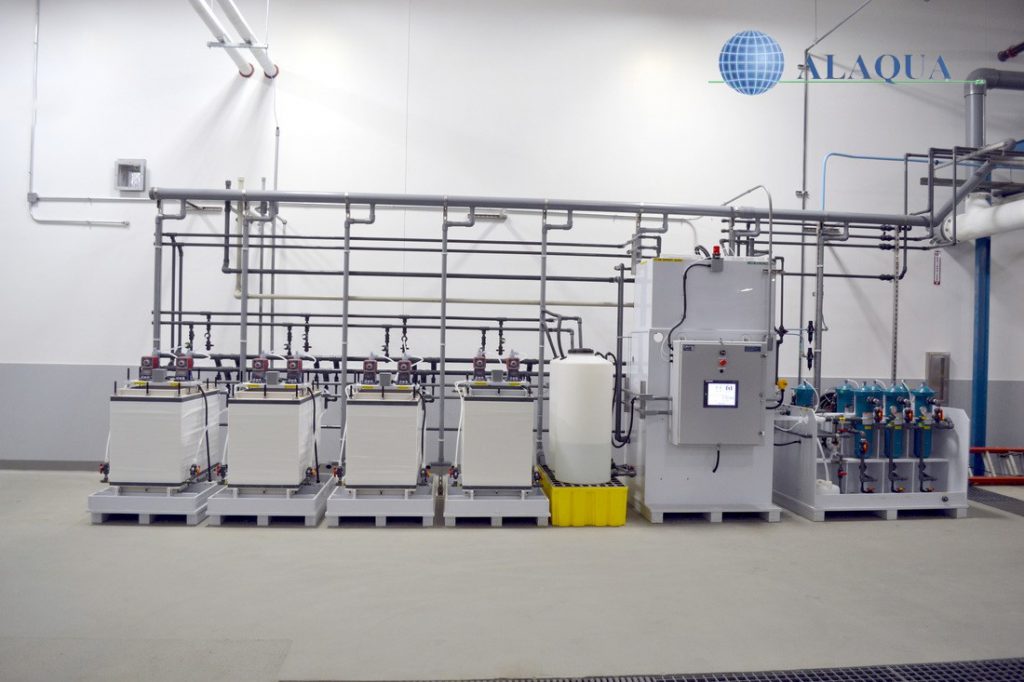 Use of concentrated sulfuric acid

The concentration of sulfuric acid is done by evaporators with the same procedure of evaporation of water. Any non-volatile impurities such as salt will be left in the acid and precipitate and then they will be withdrawn from the evaporators.

Non-volatile impurities have to decompose in the process. Either they decompose during the concentration of sulfuric acid or they will decompose before entering the horizontal boiler of the evaporator.

The concentration process is carried out under vacuum so that the boiling point of the evaporator decreases. This process is necessary to avoid any rusting and for the use of steam as heating media for the tantalum tube heat exchangers of evaporators.

The difference between the temperatures of heat and acid is important. For this reason, the vacuum process is used. Sometimes, electrical quartz heating sticks can also be used as an alternative to heating steam.

The two stages of the concentration process

Because of the presence of vapors in the highly concentrated boiling sulfuric acid, it is necessary to cleanse the vapors. This process is done in a column above the evaporator which is fed with the diluted sulfuric acid.

The process of concentrating on the condenser depends on the entrance of the drops of acids. The heating of cold feed is conducted with the concentrating sulfuric acid, this process helps in reducing the cost.

The vapors of acid are kept in the rust-resistant condensers. If the results are not satisfactory then the whole process is carried out again.